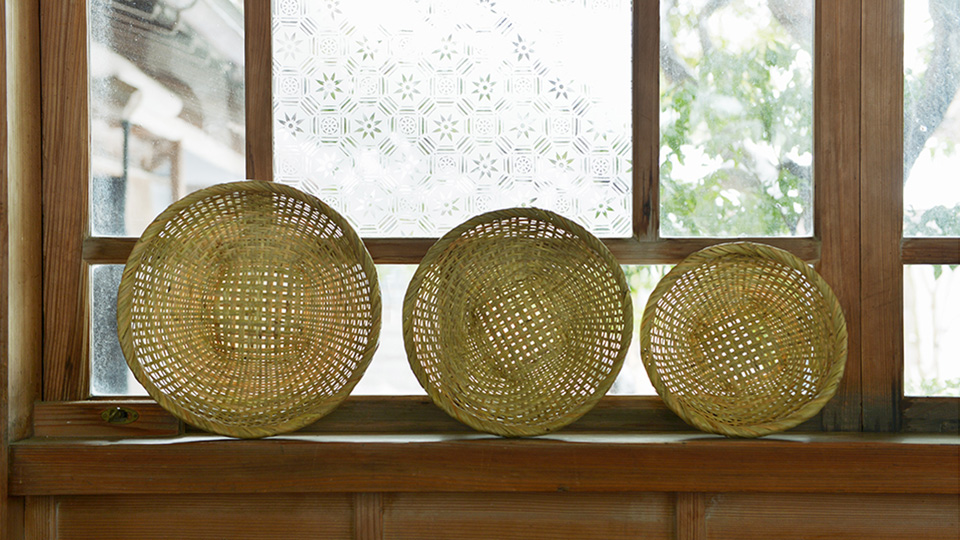 The use of Shino-bamboo is various, but local people have mainly used it as a kitchen tool when they wash rice, and they also put dishes and food in it. The crafters collect bamboo growing in the wild. The bamboo crafts are finely knitted by splitting the bamboo in four lengthwise strips called “Hege” or “Higo,” which are strong and beautiful. A three knitting technique has been used, including “Zaru knitting” which is a knit alternating parallel and vertical.

This technique has initially been domestic, but in 1948, they established the Bamboo Craft Art Center for training successors. Now tourists from all over the world can see how they make Shino-bamboo craft, and are not only able buy them, but can also try to make some themselves.