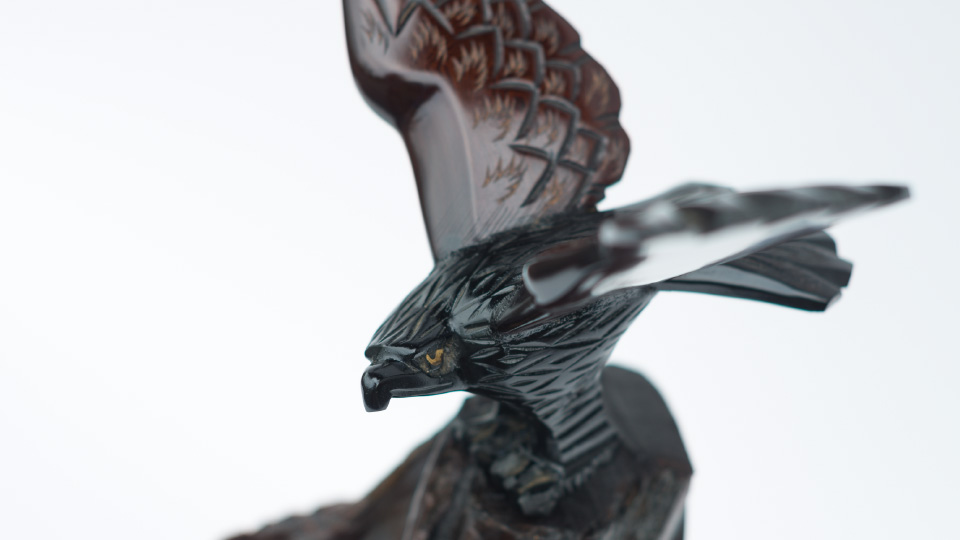 The Umoregi-zaiku, or bogwood craft is made from a carbonized material in the stage of fossilization, which has been buried for about five million years. The bogwood craft is a traditional handcraft created since the Edo period (1603-1868). Lower ranked samurai warriors would find the material and use it to craft dishes and other items as a side job. In the late Meiji period (1868-1912) and the Taisho period (1912-1926), lignite became popular as a source of domestic fuel and they started to dig for lignite in Yagiyama (in Taihaku ward). When they dug for lignite, lots of bogwood was found in the same layer and the number of craftsmen of bogwood increased as more material was produced. However, eventually petroleum took over as the source of domestic fuel, and the amount of lignite production had stopped in the 1950’s and as a result, the amount of bogwood craft production had stopped too. Now only one craftsman makes bogwood crafts and continues to keep the traditional technique alive.
The bogwood craft in Sendai has the characteristic of partly rough texture and glossy lacquered parts on its surface.
Sendai city government is assisting the craftsman to hire a new successor. This ensures this unique craft and technique can be appreciated by a new generation.